T-MEC ratification could arrive in 2021

The United States Congress could ratify the Treaty between Mexico, the United States and Canada (T-MEC) in 2021, as congress in the US has entered recess and 2020 is an election year.

In accordance with the procedure to be followed before the US Congress, the President must present the Implementation Law together with the final text of the Treaty.

After this, a 90-day period opens in which the House of Representatives and the Senate must vote to pass or reject the law. This process is necessary to proceed with the ratification of the T-MEC.

” So far, the 90-day period has not started, as the Executive branch has not mandated the implementation of the law”, said Ana Leroy, associate of the Mexican Council of International Affairs (Comexi). 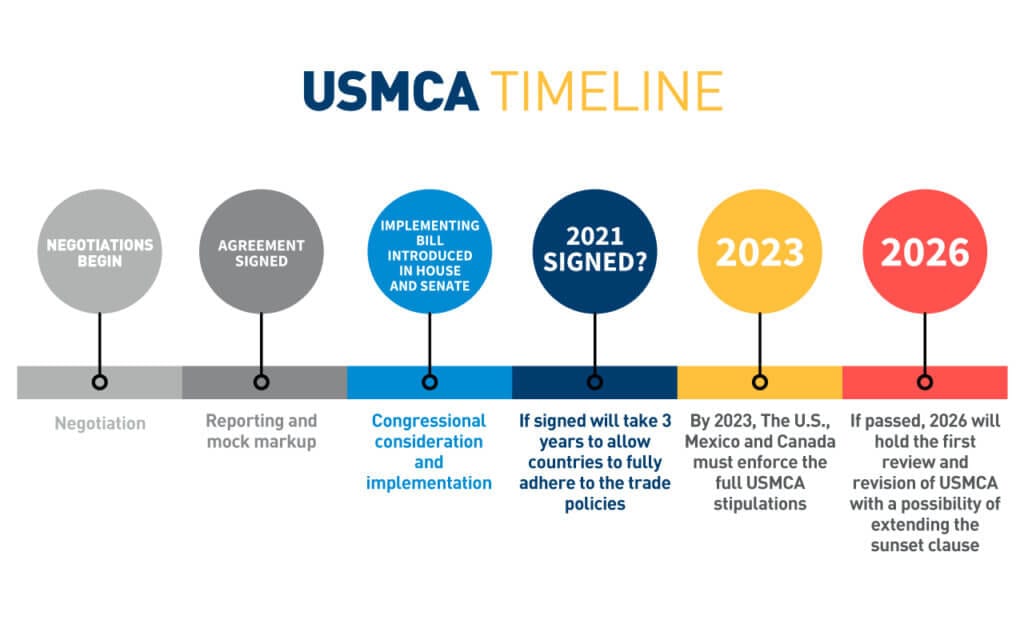 “I see it very difficult to pass this year”, said Leroy, “because under the rules of the Trade Promotion Authority (TPA) legislation, there is no longer enough time for the US Congress to vote on the agreement, because there are only 41 legislative days left. after the Congress resumes sessions on September 9.”

On the other hand, Jorge Nacif, of EY Global Trade, added that its approval for 2021 is likely, since the Democrats would not give Trump flag to wave for his re-election bid in November 2020, as the T- MEC was one of his promises of his last campaign.

If Congress decided to vote on the Treaty, it would have to be outside the TPA scheme, and it would have to get approval of the agreement into a package of laws. Only in this way is it possible to make changes, Leroy added.

If T-MEC approval is delayed, he considered, a message of uncertainty could be sent.

“In economic terms, it would be unfortunate because a new Free Trade Agreement gives legal certainty to investors and to all those who make decisions in the North American region. So, in the short term, not signing the agreement would generate uncertainty and that does not help Mexico”, explained Leroy.

Although NAFTA remains in place, there is no certainty of the future of the T-MEC, as Trump has applied tariffs when considering that his country is being damaged by some imports, including those from Mexico, Nacif said.

Are you ready to win the trade war with the T-MEC?
Talk to the logistics experts to and from Mexico and the United States!